About the Label SCHAAF

Schaaf is fashion made in Munich. Fashion designer Miriam Schaaf founded the label in 2008. During the last five years, Schaaf has developed from an avantgarde unisex-label to high end everyday wear for the modern woman.
Unusual cuts, a reduced colour palette and comfortable fabrics – these elements are essential to Schaaf. Miriam Schaaf creates fashion that at the same time combines a fragile yet untameable inner with a fearless and self-confident outward appearance.

SCHAAF Avantgarde
The high-end creations of Schaaf‘s avant-garde collection have their roots in haute couture but are yet under the influence of the progressive art scene; an influence which can also be seen in the elaborate concepts for the shows.
Schaaf-Avantgarde is eccentric fashion for strong and bold women, who do not accept rules and for whom a distancing cool is paramount. The use of extraordinary, almost unwearable fabrics and silhouettes is characteristically for this concept.
This collection has not been developed for production. However, some pieces may be made and adapted to order.

TRANSFER
Schaaf’s elegant day-line for women is a mix of high-end fashion, androgynous minimalistic glamour and comfortable casual wear. The range covers autumn/winter and spring/summer wear simultaneously and offers trousers, t-shirts, sweaters and overcoats as well as accessorises.
Made upon impulse, this collection is added to and complimented in irregular intervals. New items are marketed via Facebook and the newsletter.

I REALLY DON’T KNOW
is Schaaf’s unisex-streetstyle collection. Originally, Miriam Schaaf adorned her shop-front with this message, written with tape, to express her generation’s feeling of volatility, it is the answer to this generation’s search of meaning, happiness and goals. I REALLY DON’T KNOW uses its own insecurity as a nutrient of undaunted energy. It epitomises the defiances and the boldness it takes to free oneself of the demands of a meritocracy, it is the armour of the progressive hero of the everyday.
The shop-front’s message polarised – and the idea, to print it on t-shirts was born. At the moment, Schaaf also offers caps and gymbags with the signature IRDK lettering. 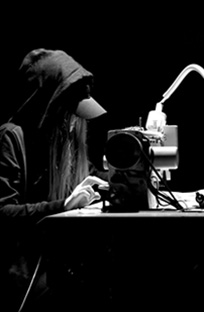 In 2009, she has been invited to show her debut collection at the prestigious Beck’s Fashion Experience and the Cutting Edge Showroom/Modefabriek in Amsterdam.

In 2011, Schaaf was shown at the Projekt Galerie Berlin and in 2012 she staged a fashion show for the Maximiliansforum in Munich.